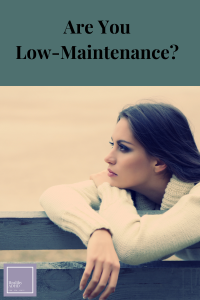 Are you low maintenance?

I’ve been low maintenance for so long I don’t even know how to be any other way. I used to wonder how I got here, so obnoxiously people-pleasing and pathetic.

Recently, I went into Venmo to do my billing and somehow I sent money to a client instead of requesting money. I noticed it immediately, but I was so embarrassed, and so concerned with inconveniencing her, it took me a couple hours to work up the nerve to message her. After I did, she immediately returned the money and paid me.

That’s big progress for a person who is always trying not to draw attention or make waves.

My self-worth issues started young. Way before ADHD became part of the picture.

My parents hated each other before I was even born. After the divorce they wanted their time with me but fought viciously over who would pay for what. I had a solidly upper middle-class childhood and I’m often reminded of this fact. But..

Nobody wanted to take care of me and my needs. And I knew it.

My parents thought lessons, vacations, gifts, holidays, and all the public facing stuff, was enough to make up for the lack of warmth, safety, stability, and acceptance.

It was not enough.

I would’ve traded the music lessons for a home life that didn’t include me barricading myself in my bedroom and turning up the music so I could dissociate and pretend I was someone else.

I spent thirtiesh years of my life feeling guilty and obligated for what I had. It seemed like I owed a debt of gratitude to my parents in the form of suppressing all my needs and ignoring the glaring holes in my emotional development.

In fact I stopped noticing I had needs at all, and I certainly never asked to have my needs met by others.

Middle school sealed the deal for me. I started to struggle under the weight of ADHD and the death of my stepdad.  Academically I was fine but keeping the adults happy came at great personal expense.

There was no buffer between my mother and myself. I was “selfish” and not performing the way I was supposed to.

The safest thing for me was to keep a low profile.

I didn’t know that’s what I was doing, I just knew I couldn’t ask for anything from anyone. Not even help with my homework.  My grades were my problem, and that’s what I took Ritalin for.

I learned to control my emotional states so if something upset me, I could easily hide it. Too much emotion attracts unwanted attention.

Almost all attention I got was negative so best to avoid all of it.

By high school I’d learned how to be exceedingly polite and controlled, even when someone was being horrible to me. Every so often I’d reach a breaking point, usually with my mother, and I’d shout back. But I’d  promised myself that I wouldn’t scream at people the way she did, so it didn’t happen very often.

I was a quiet, easy going young lady who did what she was told 99% of the time.

There were rewards for being compliant as a young person. Namely, you train yourself into taking shit from people and recovering quickly.

I felt so unlikeable in my own family, being likable became a bit of a personal obsession.

People like people who are helpful and don’t ask for much in return. So that’s who I became. Helpful, nice, low-maintenance Liz.

I covered for others at work, so that I’d be perceived as doing my part and making myself useful. I also volunteered for several organizations in the community. The volunteer workers great, but I also loved that I was doing for others and not myself.

Giving back. Never, ever taking.

On the rare occasions I tried to stand up for myself it usually ended badly.

There was an unfortunate incident where I was forced against my will to give my mother my new car for a day. At the time I was living in her basement. She demanded use of my vehicle so that my seventeen-year-old brother could drive her car home from football practice. I accommodated under threat of being thrown out a week before I was planning to move out.

I was totally humiliated when she dropped me off at work and drove away in my car. Nobody has ever won an argument with my mother; her sense of entitlement always prevails.

That’s the missing piece with me. I never developed a sense of healthy entitlement about how people treat me. And in doing so, settled for scraps.

I was too busy trying to make up for the inconvenience of my presence. Tip toeing around my fellow humans.

I’ve been low maintenance at my own expense for so long I don’t know anything else.

A couple years ago I purchased some branded merchandise for myself and a colleague. I asked them a couple times to pay me back, but they never did. I didn’t want to be a pest, and I figured the tax write-off was payment enough.

But things are changing, I’m changing, a little at a time.

I’m noticing the way I withdrawal when I feel like I’m inconveniencing someone or taking up too much of their time. And I’m being gentler with myself because I often go all in on a person that makes me feel understood, telling them my whole life story.

It took years for me to get that other people do like me. Not everyone certainly, but enough people that it’s ok for me to take up some space.

As I’ve started to show up a little more in my life there has been pushback and name calling and insinuations about my character. Mostly from my family. But I now see that type of behavior as a sign that I’m doing the right* thing.  These reactions are from people who benefitted from my vulnerability.

I’m taking care of myself and my own needs instead of focusing on others needs for the first time ever.

I feel entitled to this. I waited forty-two years for it.

There’s a not-so-great connection between being low maintenance and having low self-esteem.

Sadly, I am certain a lot of ADHD women identify with this mentality.

If you do, know that you are not alone.

You don’t have to be low maintenance. Or easy going.

Practice noticing your needs and figuring out how to best meet them.

If you’d like to explore your own needs and values with me, check out my coaching services.

If you like a small-group atmosphere check out the Enclave. We work to create a fun, safe, and thoughtful environment for ADHD women to thrive. 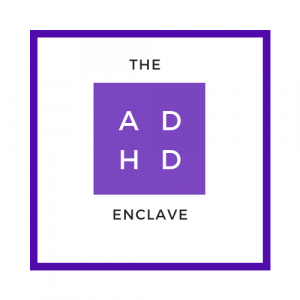